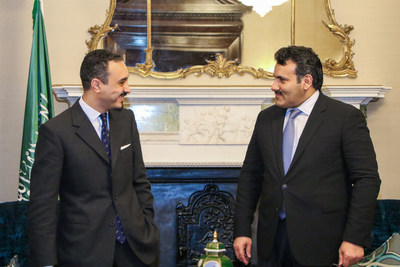 The Saudi Embassy in the UK inaugurated a SDRPY exhibition highlighting Saudi development projects and initiatives in Yemen. The King Salman Humanitarian Aid and Relief Centre (KSrelief) participated in an accompanying exhibition presenting the humanitarian efforts of the Kingdom. Yemeni residents of the UK, British media representatives, members of parliament and Foreign & Commonwealth Office (FCO) officials are visiting the exhibition over a period of three days.

The SDRPY exhibition includes expositions on projects under way in all areas to inform political, diplomatic and media figures on the extent and diversity of Saudi support to Yemen in seven vital sectors: health, education, electricity & energy, agriculture & fisheries, water, transportation (including roads, ports and airports), and residential and government building construction and maintenance. 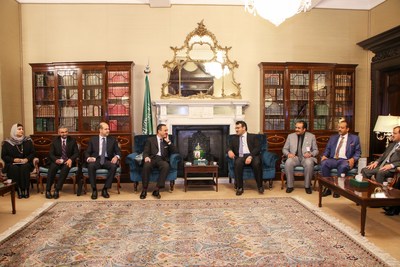 Featured are videos of SDRPY projects, graphic displays of Saudi support, and photo galleries of development projects which have positively impacted the lives of Yemenis in a range of Yemeni governorates, helped strengthen the Yemeni national economy, and increased employment directly and indirectly among the Yemeni workforce. Virtual reality (VR) technology is also displaying live visuals of operations in Yemen, accompanied by comprehensive oral explanations from exhibition organizers in several languages and printed periodicals and other publications.

The agenda of the SDRPY mission in the British capital includes discussions between the SDRPY Supervisor-General and the Secretary of State for Middle Eastern Affairs, a seminar at the Policy Exchange Centre, and a meeting for the SDRPY mission at the Saudi Embassy with prominent journalists and other figures in the UK. 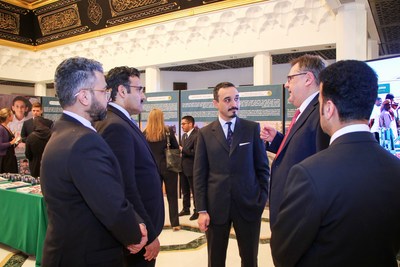 SDRPY participates periodically in international fora as a key partner for international humanitarian and development organizations. A prominent recent example was the SDRPY exhibition at United Nations Headquarters in New York in September 2019 on the sidelines of the 74th Session of the UN General Assembly.