HONG KONG, Oct. 4, 2017 /PRNewswire/ — The LUI Che Woo Prize – Prize for World Civilisation (“the LUI Che Woo Prize” or “the Prize”) held its second Prize Presentation Ceremony in Hong Kong on 3 October 2017, recognising the significant contributions to world civilisation by the three laureates. The event was attended by over a thousand esteemed guests who share in the value of sharing harmony promoted by the Prize. 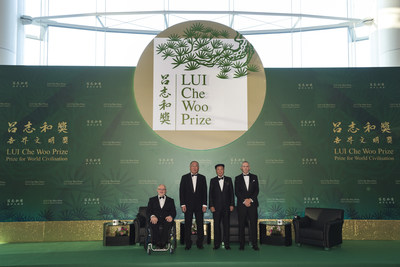 Xie Zhenhua is awarded the LUI Che Woo Prize 2017 in the Sustainability category, with the Specific Area of Focus on “Prevention of Climate Change”, for his crucial role in championing international negotiations, culminating in the successful conclusion of the Paris Agreement in 2015, and his efforts in coordinating and promoting the prevention of climate change within China. The policies Mr. Xie devised, advocated and implemented have become models for other developing economies.

Mr. Xie said, “Being awarded the LUI Che Woo Prize is a great encouragement for me. The implementation of the Paris Agreement and the realisation of global sustainable development is still an immense task. To uphold the spirit of LUI Che Woo Prize, I will donate all the prize money to Tsinghua University Education Foundation to support climate change prevention, promote ecological civilisation construction, and continue to contribute for sustainable development and the well-being of future generations.” 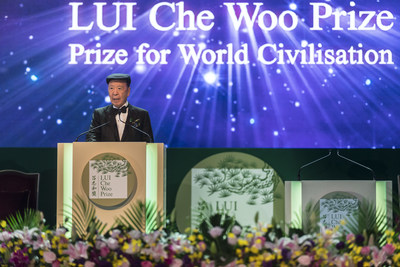 Landesa is awarded the LUI Che Woo Prize 2017 in the Welfare Betterment category, with the Specific Area of Focus on “Alleviation of Poverty”, for its promotion of the idea of “land to the tiller” and its success in securing land rights for over 120 million of the world’s poorest families in more than 50 countries over the past 50 years.

Mr. Chris Jochnick, President and CEO of Landesa said, “On behalf of Landesa, I am honored to accept the Welfare Betterment Prize of the LUI Che Woo Prize. Although Landesa is receiving the Prize specifically for its work on poverty alleviation in the ‘betterment of the welfare of mankind’ category, we think that work on land rights – our focus – actually spans all three of the Prize’s noble objectives. There is still much work to be done to strengthen land rights around the world. I invite you to join a growing movement around land rights to change the world.” 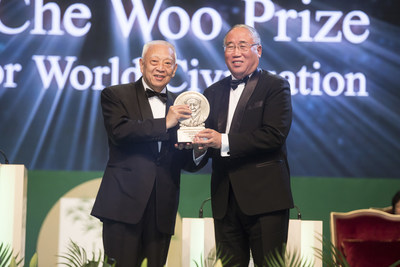 The International Paralympic Committee is awarded the LUI Che Woo Prize 2017 in the Positive Energy category, with the Specific Area of Focus on “Promotion of Harmony among Diverse Groups”, for its outstanding work in encouraging Para athletes from around the world in celebration and competitive participation in sports, changing the society’s long-held biases towards people with an impairment and offering hope to them. Sir Philip Craven, President of International Paralympic Committee, said, “I would just want to say how proud I am of what the IPC and Paralympic Movement has achieved to date. The IPC is no longer seen as a disability organisation but a hugely respected and credible international sports organisation that has enriched the lives of millions around the world. Thanks to this prize we can do even more to show to the world that with positive energy absolutely anything is possible in life.”

Each laureate will receive a cash award of HK$20 million (equivalent to approximately US$2.56 million), a certificate and a trophy.

“The three laureates of the LUI Che Woo Prize this year, coming from different countries, are all role models in their respective fields,” said Dr. Lui Che Woo, Founder & Chairman of the Board of Governors cum Prize Council of the LUI Che Woo Prize. “They work very hard to accomplish a better tomorrow. The three laureates not only contribute to advancing world civilisation, but also fully demonstrate the spirit of “gratefulness”, “unity” and “harmony”. I hope that you will continue to support the LUI Che Woo Prize and share our vision for building a peaceful and loving world, so that this seed will grow sustainably and spread more positive energy in the society.” 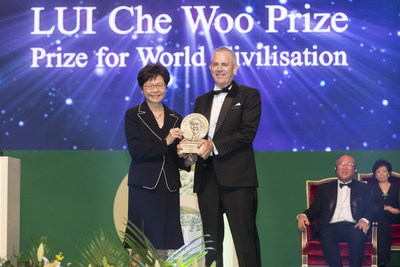 Distinguished guests Mr. Yang Chonghui, Member of the Standing Committee, CPPCC National Committee, and Former Chairman of the Committee for Liaison with Hong Kong, Macao, Taiwan and Overseas Chinese, CPPCC National Committee; as well as Mr. Chen Zuoer, Founding Chairman of Chinese Association of Hong Kong and Macao Studies, and Former Deputy Director of the State Council’s Hong Kong and Macau Affairs Office, specially flew from Beijing to Hong Kong to attend and offer their congratulations. Over 1,000 government officials, academics, religious leaders, consuls, elites from business sector, and local and international media attended the Ceremony to witness and congratulate the contributions of the three laureates.

In addition, more than 80 youngsters from Music for Our Young Foundation (MOY), together with the Civil Aid Service (CAS) Band, brought to all guests an impressive and memorable music performance. MOY is a charitable organisation with its focus on music training for young persons. MOY aims to teach youngsters to work hard and be dedicated in accomplishing goals, which echoes the spirit of positive energy as promulgated by the LUI Che Woo Prize. 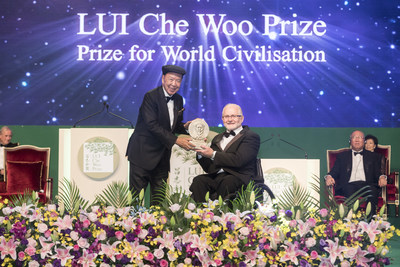 The LUI Che Woo Prize is an international, cross-sector, innovative prize. In order to address ever-evolving global needs and challenges, each year the Prize will set a Specific Area of Focus under each Prize Category.

The 2018 Specific Areas of Focus for each Prize Category are as follows:

For more information about the LUI Che Woo Prize, please visit the Prize’s website at www.luiprize.org.

Khalil Mohamed El Sayed tried to enter Argentina with false Paraguayan documents and was flagged on an Interpol list, Telam said. It was not clear why El Sayed is a suspect.

The US has an arrest order and wants to question him, according to Telam. The agency said El Sayed is also wanted in Brazil for suspected drug trafficking and arms sales.

The tri-border region between Brazil, Paraguay and Argentina has long been a hub for drug and arms trafficking.–REUTERS

Western Balkan countries have reached an agreement on free movement and closer regional cooperation, Germany’s foreign minister announced on Friday.”This is a huge step towards a common regional market, and also a huge step bringing the Western Balkans…