HONG KONG SAR – Media OutReach – 10 November 2022 – Tia Lee, Asian fashion icon, pop singer, film and television actress, has posted a sensational countdown graphic series for three consecutive days since deleting all her IG photos on 6 Nov. The images revealed an ocean-blue visual featuring a girl who is sinking to the bottom of the sea. 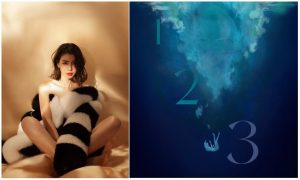 While Tia’s new project has remained a secret, another hint was dropped today: A 17-second animation teaser with “Coming Soon” has been posted on her IG, together with a cinematic poster showcasing Tia’s inaugural animation series. As a prelude to Tia’s new song “GOODBYE PRINCESS“, the animation series comprised of six unique episodes, telling Tia’s journey in full until she turns a new chapter in life with her new song release later this year.

First animation episode titled “Falling in the Deep” will be released on Tia’s social channels on 11 Nov 2022 (tomorrow). Stay tuned for more. 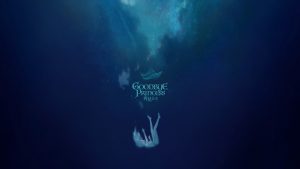 Tia Lee (李毓芬), born in Taipei, is an Asian pop singer, film and television actress, model, and former member of the girl band Dream Girls. In addition to her acting roles and musical career, Tia appears frequently at major fashion shows. As a fashion icon and trend-setter, Tia has graced the covers of fashion, beauty and lifestyle magazines such as Vogue, Elle, Marie Claire, and shares her beauty and fashion tips through a number of Vogue’s social media channels.

The move demonstrates AppGallery’s commitment to providing a growing selection of mobile banking services, with an exclusive offer at launch LONDON, Dec. 16, 2021 /PRNewswire/ — AppGallery has announced the launch of global financial superapp Revolut on its platform. With over 16 million retail users and over 500,000 businesses on board, Revolut operates in over […]